No 16, page 5 in Brian Hern’s Catalogue – Medallions of the ZAR and Anglo Boer War

Issued at the official opening of this railway on 8-10 July 1895, although the railway was operational from the beginning of the year.

Scarce and rarely seen this nice and graded by NGC! 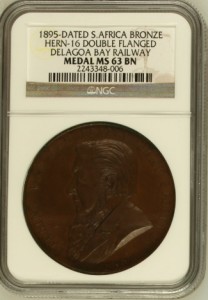 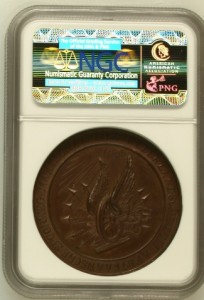