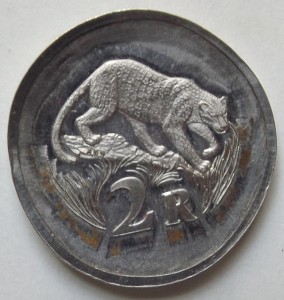 The proposed new Two Rand was designed with the Leopard reverse, but this was the animal used by the “Homeland” Bophutatswana and was rejected by the authorities for this reason, hence the current design was chosen. Two types exist for this pattern. One source quoted 15 being made, but the mint admits to 8 being in their vaults. So the number minted is very small!

Mr Hern says that he has seen a pair of these patterns, it was sold for R125000 each.
Pattern 1. No Scallops & with the designers initials, diameter 22.68mm. 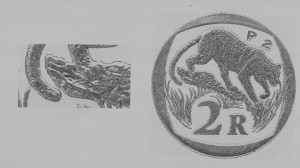 The photo is of a trial piece of this pattern. It was struck on an old 20 cent blank. 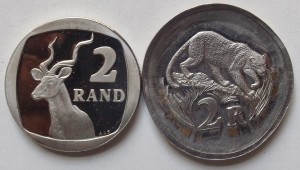 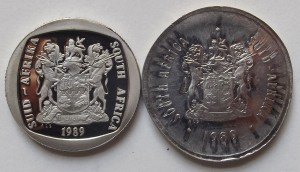 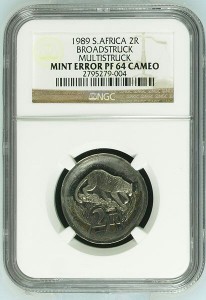